When elevation drawings are created, surfaces can be merged to remove extra lines between modeled structures. Merging now works with the sub projects also, even if they are not extracted to the main project. 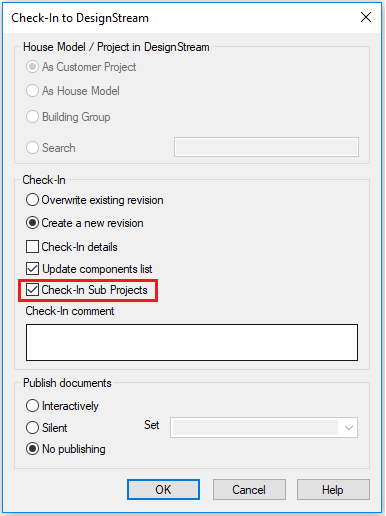 Quantity of sub project is written to DesignStream