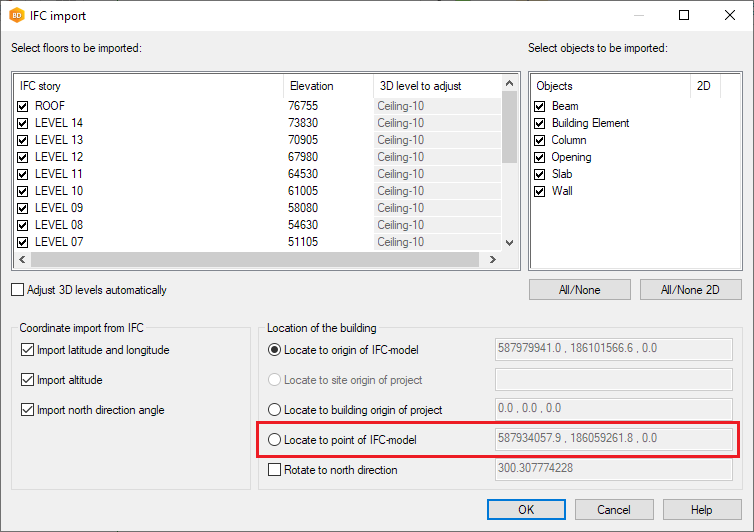 The definition of coordinates in the IFC export has been improved 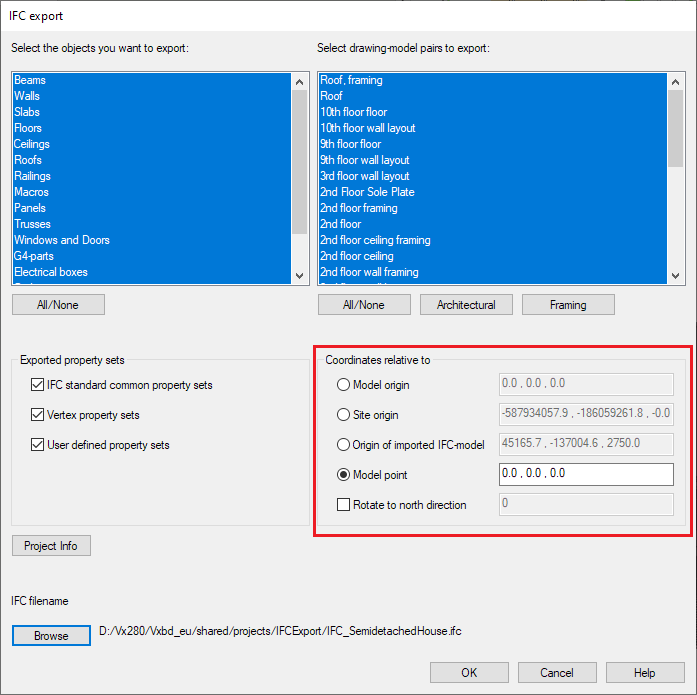 IFC exports have been simplified in terms of coordinates. The angle of the model relative to the Y-axis is now separated into its own field, Rotate to north direction. By default, it is read from the site origin, if specified (Project Document Browser → Settings → Location and height → Building coordinates). It can also be changed or entered by manually entering the angle value in the dialog.

It has also become possible to specify an origin point as a numeric value in the dialog. The definition of coordinates is now clearer and more flexible. 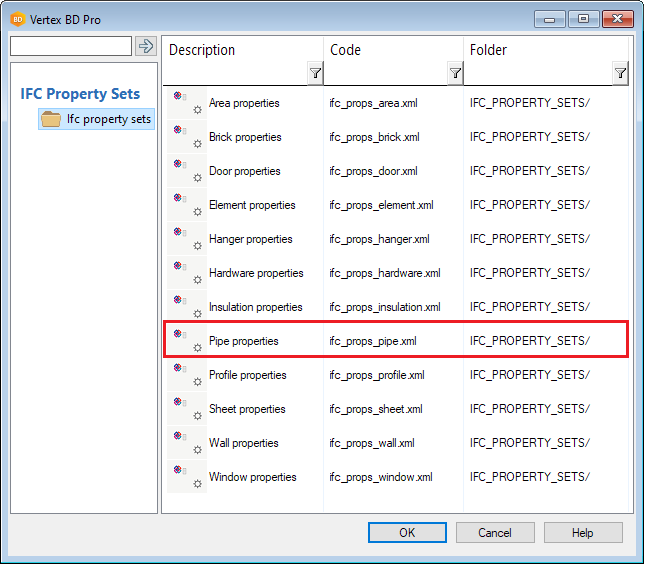 From now on, this IFC feature set or a copy of it in the user's own library will always be set by default for new pipe sections to be added to the BD model.

Editing property sets of the pipes

The addition, deletion, replacement, etc. of the IFC property set of the pipe section added to the BD model is done as for other BD objects with the "IFC Property Sets" function in the context menu. 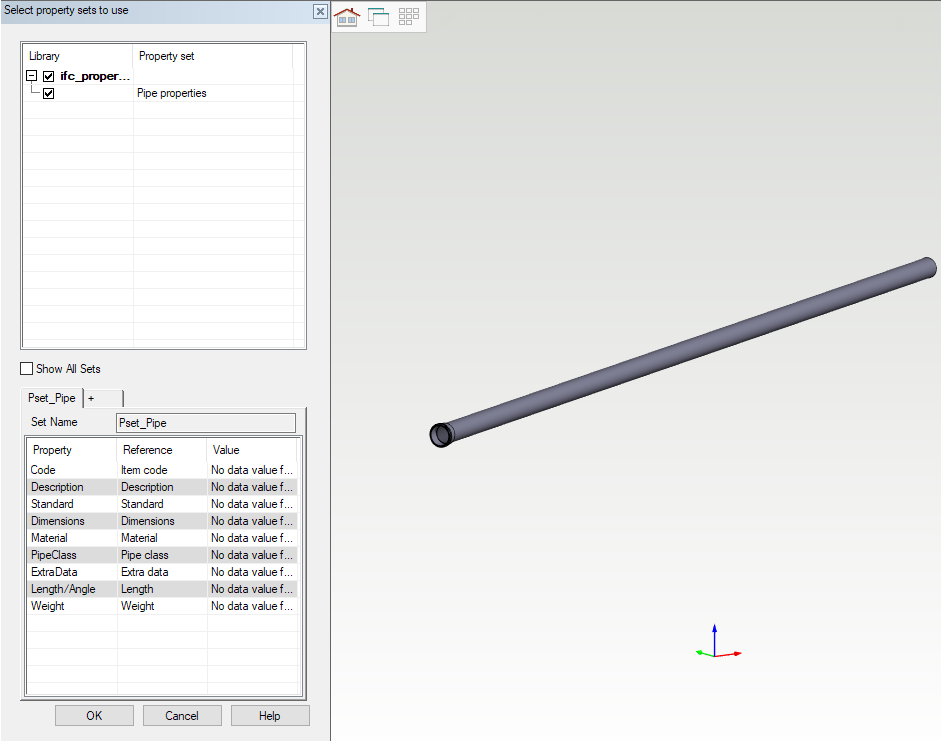 For other G4 components, library property set functionality doesn't exists. However, defaults can be set for G4 components using the setup file in the setup folder. Setup file uses the library format of the propertyset (xml). The XML file is saved in a folder ...\setup\IFC folder. File names:

The brick object used in the Pattern Design Tool published in this version is written to IFC in the same way as the components in the component library. Default propertyset is attached for brick in Brick library. IFC propertyset for brick is available in the system. It can be added to the library by default or used interactively in the building model. However, Interactive addition due to a large number of bricks is not a recommended way to add them.

You can add COMP_USE property to a door, so you can separate for example which door is Main Door