FEA for Beams and Frames supports linear static analysis for profile structures. Profile members of the analysis can be modeled in Vertex or be extruded from standard cross sections. Displacements and stresses can be solved by FEA analysis.

FEM element type of the analysis is based on Euler-Bernoull beam theory, where nodes contains six degrees of freedom. The analysis supports straight beam elements with standard cross sections. The beam element can be stressed by compress, bending and torsional stresses.

The beam model is improved by taking care of shearing deformation caused by shear stress. Shear strains are considered by the shear areas. 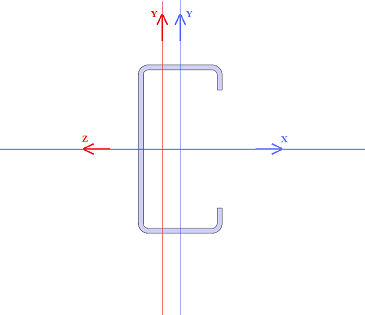 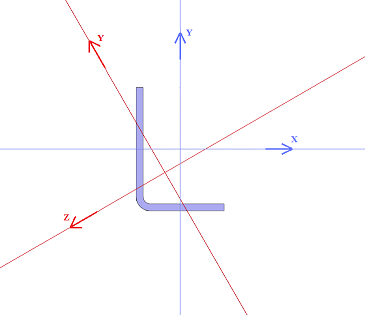 Additionally, if the shape of the cross section is recognizable, next values are defined:

The shear center is assumed to be located at the centroid of section.

Shear area is defined as cross sectional area considering the influence of shear forces. Shear area is sometimes presented as a shear coefficient by the equation

If the cross section shape is not recognizable, shear area, torsion modulus and section modulus in torsion values are zero.

If shear area values are zero, shear strain is excluded in the analysis.

All cross section values can be overwritten by user.

Beam and truss element nodes can be supported or be linked to the main nodes by defining degrees of freedom.

Degree of freedom of node can have three different states:

Next load types can be applied for beam and truss structures:

The result of the analysis

Next stress types are solved in the analysis of beam and truss structures:

The user interface of FEA contains graphics of 3d model, study tree and ribbon menu commands. All commands are pointed into the active study. Passive studies are shown grey in the study tree.

Open the FEA state as follows:

Return to the normal modeling mode as follows:

Modifications of 3d model is restricted in the FEA state.