Problems related to the size of the 2D drawings has now been removed. This means that in practice the drawings can now have unlimited amounts lines, hatch, dimensions and texts. (Vertex-ID: VX-4544)

Association between dimension and intersection point applies to 2D drawings and model drawing projections, but not the sketch. (Vertex-ID: MEC-7379)

Arc by three points can be drawn with or without a tangential arc. (Vertex-ID: MEC-7446)

In the 2D drawing or sketch a Mini-Toolbar can be used to adjust either display method is used.

Now the mini-toolbar appears again above operations, if the cursor is left in place.

Properties of Quick section in the Section View

Set an accurate cut for pipes and profiles by using "Quick section" cut. 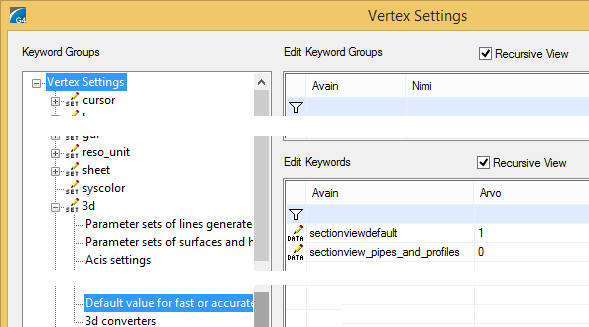 You can add a Gravity Center to the drawing

You can also draw your own Gravity Center mark:

Drawing lines by entering the dimensions is easier than ever

When you draw lines by entering the dimensions of the lines, you may have noticed that the last point coordinates does not stay as a relative origo, when you change the line functions. For example from the "Two-point line" to the "Circle with center and radius point". (Vertex-ID: MEC-8494)

Increasing the number in the text, you can now decide, which number is growing

Increasing the number with Adding Text has been useful function of Vertex for a long time. Now you can decide which number is growing. (Vertex-ID: ED-2124) 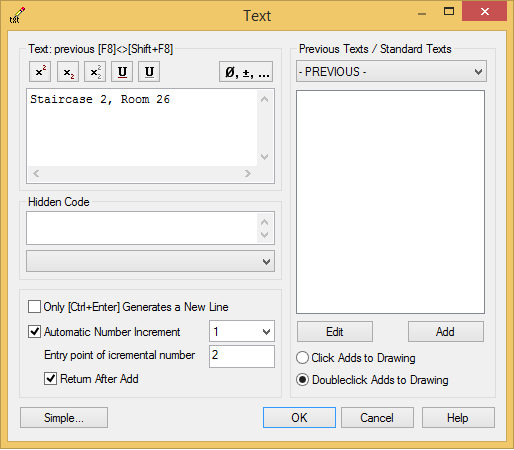 Now you can reset the part numbers in "Parts list" dialog

If the structure of an assembly changes a lot and the part numbering is re-done,  you can erase the old part numbers from Part-column by "Clear" -button. (Vertex-ID: MEC-8561)

In this case, the file must be either removed or edited, See the example of a  file: system/sysprogs/partno

Symbols and characters according to GPS standards

Adding the Surface Markers is more simple than before

The Surface Markers are now in accordance with standard ISO 1302. Parameter selection is illustrated as preview.(Vertex-ID: MEC-8417) 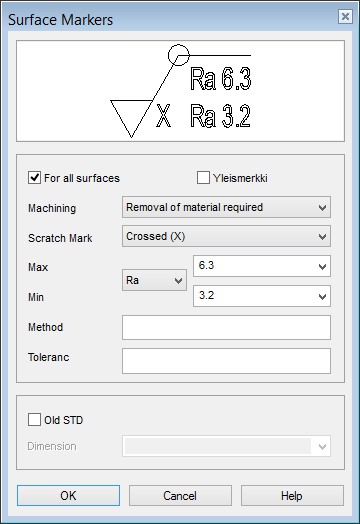 You can add Surface imperfection mark

The Marks used in combination with the Surface Marks to report that the quality of the surface can not be measured and split surface defects, if the number of surface defects is less than the allowed number. (Vertex-ID: MEC-8418) 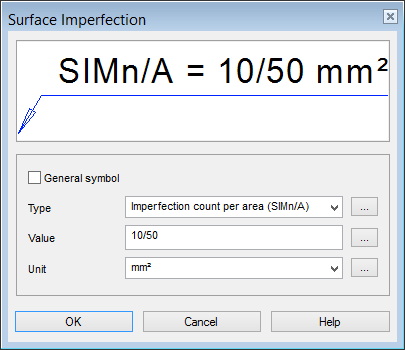 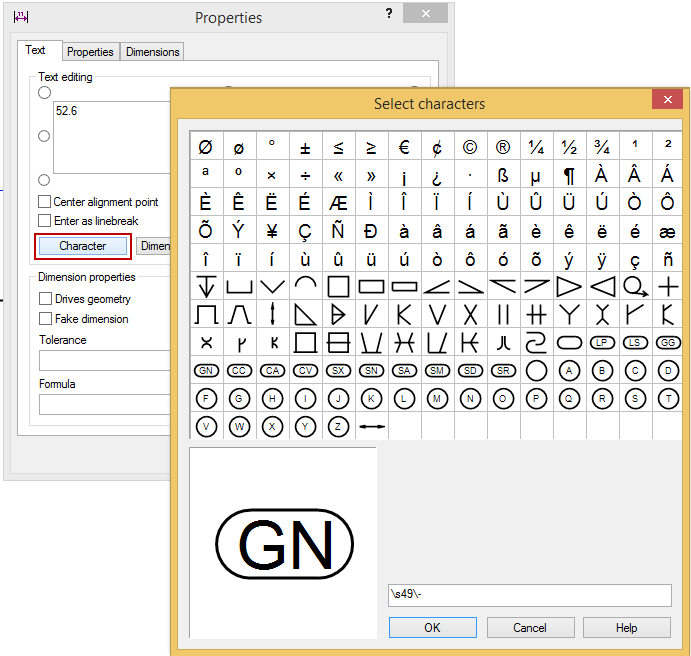 Define a dimension as TED-dimension

Theoretically exact dimension (= TED) is used to position the geometrical elements or base elements.

This is shown in the box around dimensions. (Vertex ID: MEC-8443) 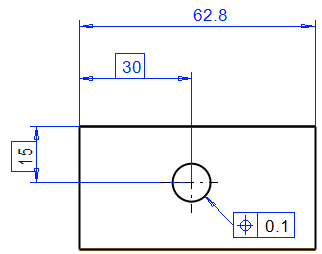 The box is made by modifying the dimension: 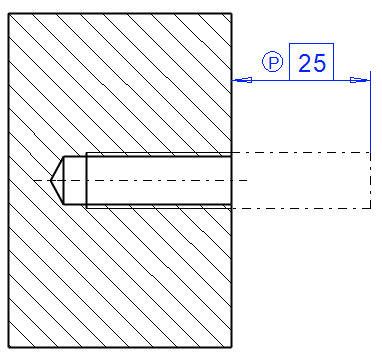